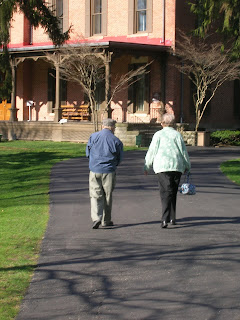 August eighth would have been my parents' thirty-seventh wedding anniversary. With the summer Olympics in full swing I have heard some interesting things about Chinese numerology and their belief that the number eight is the most lucky numer there is.

My parents were married on August 8, 1971, 8/8/8 (that is if you add 7+1). They were blessed many times through course of their marriage and I'd say that they were fairly "lucky," if you put much stock in numerological things. When my dad had realized that the Olympic opening would be on 8/8/08 he became very excited and had, according to my mom, said that instead of going out to eat to celebrate their anniversary we would have to have chinese food and watch the opening ceremonies on TV. Well, my mom and I were planning just that, but some friends of ours from Accident blew through on their way home to Illinois so we instead ate at Pizzeria Uno's and had pizza, but we were able to watch the opening ceremony at home later that evening. 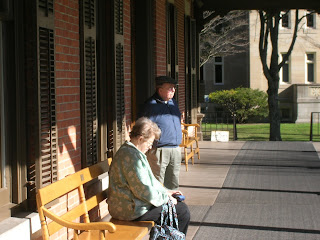 As I went through my father's things I found two large plastic boxes; he had saved old sermons that he had preached and, if the opportunity arose and he had a chance to preach a vacation Sunday, or even a vacancy, he would go to the box and pull out an old sermon, freshen it up a bit and preach it on Sunday. I looked through the boxes the other night. I could kind of hear my dad's been-out-of-Brooklyn-for-over-forty-years Brooklyn accent. It was interesting to see his little oration marks that he used: a slash here, a hyphen there. I assume they were marks for breathing and pacing, but I don't know for sure.

We are pretty much done going through dad's things. We have gotten rid of somethings and kept somethings. We have donated some stuff and sold other stuff. There are some pastors in Sri Lanka that are wearing his old clercals and there is a newly minted pastor in Pennsylvania wearing some of his stoals and there is a newly started seminarian using one his albs. In short, my mom and I have tried to continue his ministry the best we can.

These two pictures I have posted are from the last family vacation we took two summers ago when we went to Ohio to visit some Presidential homes. I am particularly fond of the first one. There is something about how they are walking together that really seems to capture their relationship: walking together down a path. It brings a smile to my face and puts a little lump in my throat.
Posted by loofrin at Monday, August 11, 2008