It has been a while since I visited this little section of the cyberworld.  Unfortunately, my attention has been captured by facebook & twitter (you can follow me on twitter here: @loofrin) the 140 characters have stymied my writing.  That's sad to say, but its the truth.  I'm not saying that facebook and twitter are necessarily bad, matter of fact, I think they are fantastic and quite enjoy being a user of both, particularly twitter.  I never realized how powerful twitter is until I tweeted a couple negative things about a particular company, they contacted me directly in very quick order.

What I want to talk about today though is a brewery.  I like beer.  I enjoy beer.  I live near the Fountain Square/Garfield Park section of Indianapolis.  I love this area.  Garfield Park is the largest public park in Indianapolis.  It is just a beautiful place to go.  The Sunken Gardens and the green house are amazing.  I visited Garfield Park for the first time about a year ago and fell in love with it and decided that I would like to live in the area.  In April, I was able to fulfill that wish.  I live less than a mile from Garfield Park and enjoy waking to it from time to time to relax.

Fountain Square is very close to my heart.  Its sort of like, maybe, if I can use the term, Indianapolis' version of SOHO, I wouldn't call it Indianapolis' version of "the Village," that probably goes to Broad Ripple, maybe.  Fountain Square, back in the day, was the terminus for the horse drawn trolleys that meandered through Indianapolis.  Supposedly, there were a variety of big water fountains that were used to water the horses.  As far as I can tell there is only one fountain left.  I have actually used that fountain to quench my thirst from time to time.  Its good water.

Fountain Square was, at one time, a vibrant commercial area on the south side of Indianapolis, but, sadly, as happens often, it fell into hard times and then some squalor, but eventually, it started to turn around and became what it is today: if I may say so: a hipster haven.

I haven't forgotten about the brewery, I"m getting to it.  Hold your horses.  This is backstory.  Backstory is important.  You need backstory.

Fountain Square Brewery is a start up business.  It has been in business for roughly seven months, it is one of my favorite places and they brew the best beer I have ever had.  Yes, I said that.  I'll say it again.  They brew the best beer I've ever had.  They have an Amber beer that is pretty much heavenly.  As I type this, I am enjoying their Backyard Porter.  I can't say enough good things about their beer.  I had an opportunity to chat with one of the owner-partners today.  We talked for almost an hour about their philosophy of beer and such.  It turns out that the three partners are, in some fashion or another, are geeks and they look at brewing beer from the microbiology aspect.  They are scientists and chemists.  I don't mean to use "geek" in a pejorative manner, in fact, I use it in a celebratory manner!

I can't say enough good things about Fountain Square Brewery's beer.  Not a one of them is bad.  I tend to lean towards "amber" beers and darker beers, but their Pilsner is top notch and refreshing.  The Pale Ale is smooth and light.  Just what you want in a pale ale.  The porter, has wonderful chocolate start and a subtle coffee finish.  Their Amber, my favorite , maybe its because its called Preacher's Daughter Amber, is refreshing and clean.  It really is probably the best beer I have ever had. 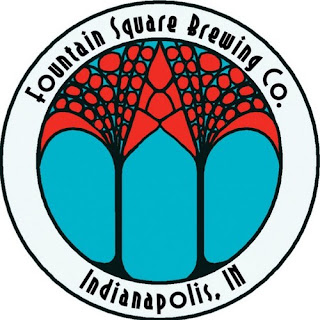 So, yeah, I'm I'll be on the ramparts waving the Fountain Square Brewery flag.
Posted by loofrin at Sunday, August 05, 2012 1 comment:

A lot has happened to me over the last months.  It is tough to quantify everything has happened in the last eight or nine months.  Nine months ago this week, my passed away after a short, but gallant fight against vicious form of  lymphoma.  It was a shock to lose my mom as quickly as I did.  She had been a the picture of health, at least as healthy as a 70 year old woman can be, but slowly, last summer she started to tire and get weird bruises on her arm, but she equated the tiredness to stress and some depression and the bruises to using 'too much aspirin," but, as summer faded into early autumn, she became more tired and was afraid she had slipped into a deeper depression.  So she went to the doctor and he prescribed her some antidepressant medication.  That made things worse.  The reaction to the medication was scary.  She was sick, couldn't eat and when she did she would get sick to her stomach.  She lost weight.


She went back to the doctor and essentially demanded a blood test.  He gave her a blood and test and it was discovered she had an incredibly high white blood cell count.  The average person's white blood cell count is, if i remember correctly 5,000, mom's count was somewhere's upwards of 250,000.  To say she was thrown into the hospital is an understatement.  Her doctor, almost literally threw her bodily into the hospital.  She was in the hospital for the first time for two full weeks.

Long story short, mom was in the hospital two more times.  She died in the hospital on November 5, 2011.  she was a tough woman, she soldiered on the best she could.  That mantel cell was just too strong for her.

After she passed, I decided I had to move.  The house I was living in was, to say the least, much too big for me.  One person and a little cat in 2000 square feet is very much like a little green pea in a large tin can.  The beginning of April I moved from the house I'd lived in for almost ten years to a smaller, two story "town home' closer to Indianapolis.  This place is a bit too big for me, too, but it has a washer and dryer hookup, which is nice because I don't have to take my wash to a laundromat (bluch).

In May, I lost my job.  I was fired because I did something incredibly stupid and I'm not sure why I did it, but I did it and I admitted to it.  And I was fired.  At the beginning of June I started a new job: car salesman. Its not an easy gig, that's for sure.  I haven't made much money from selling, but I believe in the maxim that 80 percent is showing up.  I show up every day and try and learn something new.

I have many good tools to get through next months, mainly Faith and Prayer.
Posted by loofrin at Sunday, July 01, 2012 No comments:

Rev Jeff Geske is a man of profound faith. I don't know the man, never met him. I have never even heard of his name until the other day when my Facebook Timeline exploded with horrible news that he and his family had been involved in a horrific auto accident that took the lives of his wife and two of his three children.

How can I make such a bold statement about someone I've never met and do not know? Its very simple, God seems to think so, too. Wait, stop, "hold the weddin," as Kinky Friedman would say. God thinks so, too? How in the world can I speak for God? I can't, but here's my reasoning: scripture tells us that God knows how much we can bear and Rev Geske, a confessing Lutheran who holds the Cross close and the resurrection of Jesus Christ closer knows has something to hold on to.

Faith in the pure truth of the Gospel of Jesus Christ and the Doctrine of Baptism kind of did "we got this, yo" to my Old Adam.

And then, yesterday, Rev. Charles Lehman posted this on his Facebook page:


"Thank you! I would like to thank everyone for the words and love shown to me during this most difficult time at the death of Laura and Joshua and Joy. I rejoice knowing that they are now in heaven with our Savior Jesus. I miss them so much, but I know that one great and glorious day, they will along with Jesus welcome me home to heaven. May this difficult time for me remind you and encourage you to continue to express your love to your family. They are so precious and truly a gift from God on loan to us. May God comfort you as He is comforting me. Never forget how much God loves you! John 3:16-17"

"Take comfort in the five most important words you can ever know which are, "Jesus died for my sins! Jesus loves you and so I ask and encourage you to love others and share His love, forgiveness, and salvation with them. Heaven is our home!"

His congregation is truly blest.

I can't imagine the heart pain that Rev. Geske is experiencing right now, but I can celebrate with him with the knowledge that his wife and children are in the Grace and celebrating life everlasting.

Satan, as hard as you tried, you still lost.

My prayers continue for physical healing for Rev. Geske and his son, but they also continue that he hold tight to the knowledge of Christ crucified. His faith is strong, rock solid. He is a spiritual role model for me.

Blessings to you Rev. Geske.