In Which Your Faithful Narrator Takes Pictures, Though Not as Good As 3rd Werst, but Pics None the Less 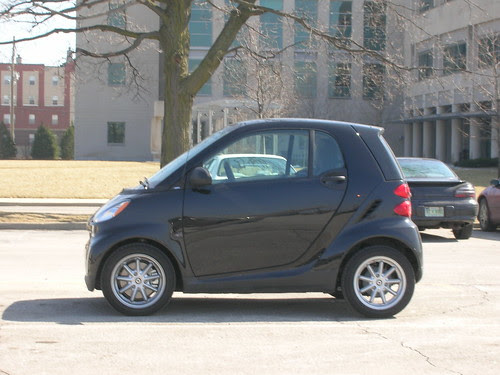 I saw this car today in the parking lot outside of the law school. I literally did a double take. The first thing I thought was "that car automatically loses against an SUV." What am I saying? It would probably lose against my Cobalt. Though, at the same time, I thought it kind of cool. I have a little toy car somewhere that I've had for years. I mean absolutely years, its probably 20 years old, if not older. I remember I got it in a Happy Meal when I was a kid. Any way the car in the picture reminds me of the toy car. You can put a penny in the back of the car and it does wheelies as it zooms around the room. I thought of maybe sticking a 50 lb weight on the back of the car and seeing what happened, but instead I just took the picture. It seems like a good car to do basic running around in in the city, but I would be a little afraid of taking something like that out on the highway. Imagine the back draft on an 18 wheeler... yikes. 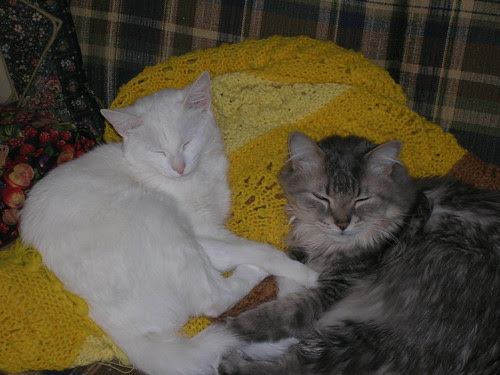 Emma and Woody just kind of hanging out on the couch. They often sleep near each other when napping. 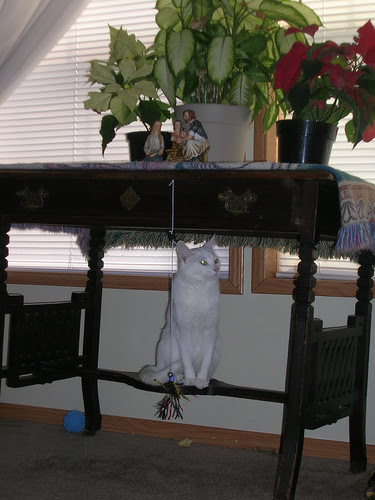 Emma loves her perch. She sits there and smacks the little toy we have hanging from the desk drawer. She goes absolutely bananas over it. She mews at it, yells at it, and then smacks it around. Its great fun to watch.
Posted by loofrin at Wednesday, March 12, 2008

For once I wish they'd make a "smart car" that didn't "look ugly."