Yes, I Admit It... I Miss Project Runway! 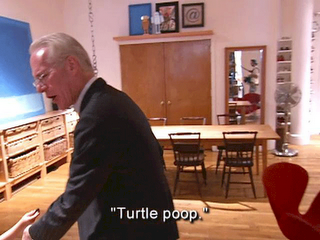 I snagged this from
these guys... I hope they don't mind.

I'll miss Project Runway. I've watched it every season. I'm really not sure why, but for some reason I find the show fascinating. I wish I could explain it. I don't usually get sucked into reality television shows, but for some reason PR gets me. Though, I'm afraid they may have jumped the shark a couple times this season. The show as a bit "gimmicky" this season, but at the same time I understand why... they have to be "fresh" to keep the audience.

I'm not sure how I got so involved with Project runway, I know that I started watching because of Heidi Klum, however, I seem to have gotten sucked in.

I'm bummed that Jeffery won. I was rooting for either Michael, or Uli. Actually, let me rephrase that. I was indeed rooting for Uli and Michael, in that order. Uli just made me laugh. Michael seemed to have "it" together. Uli, though, was kind of the "earth mother" to me. She just had a vibe that I could dig on. As strange as that might sound.

I'll freely admit this: I rooted against Laura. I couldn't stand her! She was the Amarosa (I know I spelled that wrong, but I'm sure you know who I mean) of the show. Her red headed, big toothed, square jawed, irksome self... grrr!

An admission: I didn't actually watch the final show. Well, I did, but I didn't. I had to make a decision. My Mets were trying to beat the St. Louis Cardinals (who, by the way, I'm sort of rooting for in the Series-- I have my reasons). So, I had PR in the pictureinpicture function of my tv. I saw it, but I didn't watch it, per se.

Oh, as for the Cardinals: I feel like I should root for them for the following reasons: 1. I am a member of the Lutheran Church-Missouri Synod 2. The National League hasn't won a Series since 2001, I think. However, I am sort of rooting for Tigers because I am a Jim Leyland fan. He's an amazing manager. Its because he and Tony Larussa are managing against each other that this Series has turned into more than a baseball game and into a intellectual chess game.

Wait, how did I get from Project Runway to the World Series? Ah, who cares. Let's call it stream of consciousness and leave it be.
Posted by loofrin at Friday, October 27, 2006

I can't believe you just admitted to watching Project Runway.

Or that you even call it "PR."

i'm losing respect for you, man. i'd have been ok with "Top Chef," "Pimp My Ride" or even my newest guilty pleasure, "I Pity the Fool," but not the fashion crap! must've been one too many Killian's one night that got you hooked... ;)