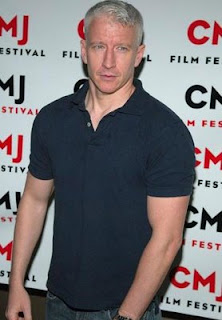 so i was watching cnn last evening. that's always a fun thing to do. particularly when anderson cooper gets on there and starts over reporting and getting all kinds of dramatic in his one-size-too-small black t-shirt and looking so, i don't know, anderson cooperish. here's to hoping someone pops him inna mouf some day. whatta tough guy. and lookit at his gun show. careful man, with those guns, ya might hurt someone.

well any way, i was watching cnn and they were talking about the republican convention and how this hurricane gustav might affect it. here is the little tag line they had underneath all the talking heads: "bad timing for a convetion." yeah, you read that right.; the republicans saw there was going to be a hurricane in the gulf coast so they collectively said "ooh, lets hurry up and do our convention this week!" an aside, or digression, your choice: can i punch anderson cooper inna mouf? it would make me feel better. really it would. i think the tagline should of been "bad timing for a hurricane." which does beg another question, sort of, but i'm going to ask it any way mainly because i'm sure at least 85 percent of americans are asking the same question: you want to live in new orleans? really? me, not so much.

now, as for sara palin: hotty. or to misquote owen meany, "your mom is cuter than all the other moms." how do i feel about her on the ticket? its ballsy. i feel better with someone who doesn't have much (okay, any) national experience as the vp, as opposed to the presidential end. you know, i think if the democratic ticket was flip-flopped i might be more likely to vote for biden/obama (maybe) as opposed to an obama/biden ticket (pigs might fly and hell may freeze over...) she's got that librarian look that seems to be all the rage right now. seriously, though, i don't know enough about her to decide if i should be please, or fearful of the choice. 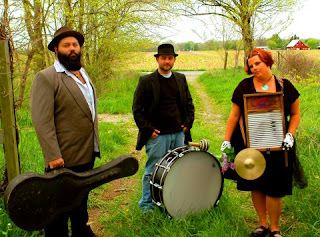 so, i'm going to rib fest this afternoon in downtown indy. it is overpriced and the ribs tend to be a bit dry, but the rev peyton' big damn band is playing and i lurve the rev peyton's big damn band . this is my first real day off in a while. i've kind of been bouncing off the wall since yesterday in anticipation. it feels good.

*borrowed from my diary at opendiary. somewhat expanded, though
Posted by loofrin at Monday, September 01, 2008